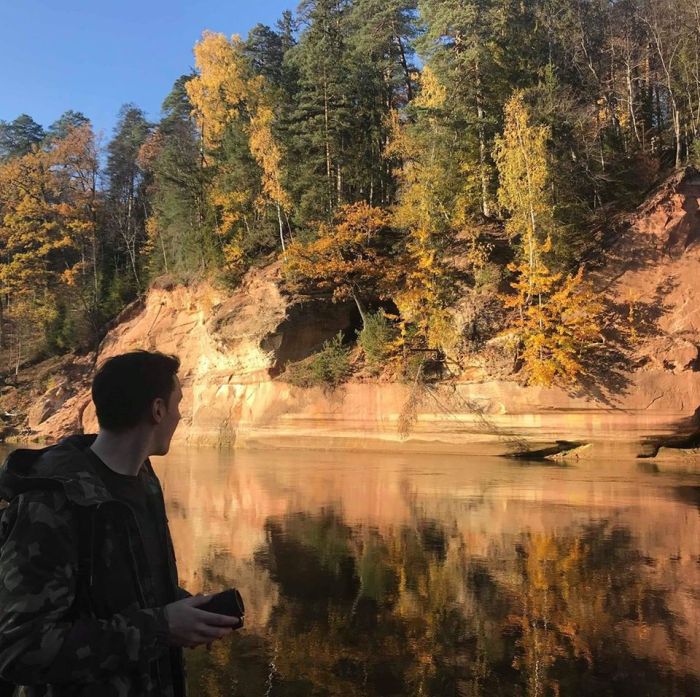 Ten years ago, I would’ve laughed in the face of anybody who told me I’d ever want, let alone benefit from, a peer mentor or coach.

Over the last ten years, however, I’ve been fortunate enough to work with some people who really knew their stuff. People who had been in my shoes, done the same work I was doing, and knew how to push me to the next level of my capabilities. Peer mentors, in other words. One such peer mentor was Andre Dubus III, the author of the acclaimed House of Sand and Fog.

He wasn’t particularly thrilled with the prospect of me writing fantasy, or any genre fiction for that matter, but he was one of the first people in my life to give me feedback and praise that truly mattered.

The reason for this should be extremely clear to anybody who has received feedback from a writing seminar, and also from their parents or friends. When we receive feedback from those who are near and dear to us, and especially those who aren’t engaged in the same hobby or profession as us, it’s hard to take their words at full value. After all, Elon Musk could ask any random person on the street for feedback on a new engine design, but unless they have some chops in that particular field, their feedback is worthless, in a literal sense.

This isn’t to say that praise from others isn’t a good motivator to keep pushing. It certainly is. But until we have the unshakable confidence that comes from knowing we’re on the right track and progressing in a measurable way, especially from a source with some authority we’ll always have our doubts. One of the best options for orientating your growth is a peer mentor, or a coach, with experience in your field.

Up until I met my mentors, I had spent years devouring the famous writing memoirs, reading the great novels and contemporary hits, watching endless Youtube talks about meditation, and listening to more “empower yourself” speakers than I can count. None of those people, videos, or books had the time to sit down with me and look at my work, nor to give me specific feedback. But a good peer mentor who has been in the same trenches as you, fighting the same battles, can do that. They possess insights that the average person—or generic “empower yourself” coach—can’t provide.

When I say “empower yourself” coach, I mean a very particular type of coach. The loud-mouthed, brash coaches who make their living trying to put a fire under mass numbers of people without having any indication of how those individuals actually live. I’d imagine it’s easy to speak about confidence and making millions when you’re driving an Italian sports car to and from your sold-out arenas! You can picture them already, can’t you?

The problem with these type of coaches or mentors is that they’re throwing out advice like a fishing net. Imagine if doctors went around writing mass prescriptions for problems. We’d be in a world of trouble, wouldn’t we? But for some reason, we don’t apply that logic to motivational speakers and coaches. We overlook the value of time, attention, and investment that defines a truly productive mentor-mentee relationship.

When I worked with Andre, however (he insisted on being called Andre, a particularly cool touch), I got that sense of connection. I was struck by his humility and candor. He had come from my own state, lived through situations far worse than me, and written despite innumerable factors that would’ve kept most people trapped in a miserable, cyclical life.

He inspired me because he could have been me.

Another mentor of mine was a very prominent meditator and mindfulness teacher. His entire life was devoted to the cultivating the mind’s innate strengths and spreading the gift of wisdom to others. When I spoke to him, there was always a level of direct knowing in his gaze, as though he could see me and all my flaws and triumphs. It was the closest I’ll ever come to feeling like Luke Skywalker talking to Ben Kenobi.

His feedback about my meditation and overall mental development was particularly striking because he embodied what I was striving to become. He carried his equanimity, confidence, and compassion in every aspect of his appearance and behavior. The proof truly was in the pudding. When he said something about me and my progress, I was able to internalize it because I saw that he’d achieved insights yet unknown to me.

I could say the same about Andre. He talked about writing as if it were practically spiritual, assigning creative tasks and offering lectures that reminded me of a Zen master. He saw deeply into what made writing such a poetic, vivid expression of humanity, and he implored all of his students to find a deep connection with their work.

Without these two peer mentors, I wouldn’t have made nearly as much progress as I’ve made. I might not have published any novels, or found any success working with clients at all. The fact that they were able to size me up, exactly as I was, and offer me tailored guidance made all the difference. No matter how many pre-recorded workshops, seminars, and lectures I consumed, I was ultimately trying to compare my own work through the same old lens—my own perception. The expertise and fresh perspective of my mentors allowed me to break out of that cycle and acquire new ways of dissecting my pursuits. The knowledge they gave me was personalized, not manufactured for the masses. Often times it went against what I’d learned and convinced myself was right.

To put it another way, there was a famous meditation teacher who often gave contradictory advice to his students. When asked about this, he explained it this way. If a student was walking along a road and about to fall into a ditch on the right side of that road, he’d shout “Left!” But if they were veering toward a ditch on the left side, he’d shout “Right!” Same intention, different paths.

That’s what defines a peer mentor and their teaching.

To this day, I’m grateful and humbled by all that I’ve received from these figures. It gives me tremendous joy to work with clients who are in the same boat as me, whether they’re interested in developing their writing, getting a novel published, meditating more deeply, or just overcoming anxiety and other limiting factors. I can’t be sure of what my peer mentors felt, but when I work with clients, I feel that I’m offering the help I always craved so badly. And that means the world to me.

If you’re interested in learning more about what I do or how I do it, I’d love for you to check out my coaching page and set up a free consultation.