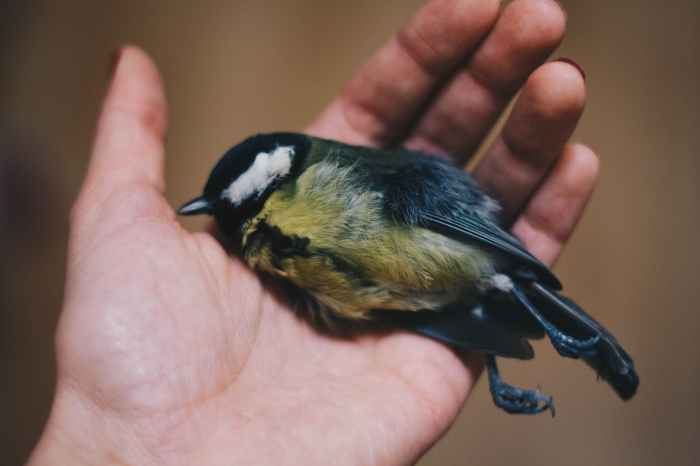 Death is one of the most illogical things about life. It drives a wedge into our neatly packaged notions of meaning in the world, forcing you to ask an essential question: why would something be born just to die? And when you ask that, you’re thrown into realms of speculation. You wonder if there’s anything after death, if you yourself will experience life after death, and most importantly, what happens when you die.

First of all, we should discuss what death actually is. Most of us would define it as the cessation of a being’s life. When an organism loses its metabolic functions and begins to decay, we say that the organism, whether it’s a human, tree, or microbe, has died. If we knew that thing well, we might even mourn it. This is natural. From an outside perspective, the death of the organism represents the ultimate tragedy. That being will never exist again, not as you knew it. We can never hold it or speak to it or spend time with it again.

In this sense, I agree with hardline atheists and materialists. There is no individual being that survives death and carries on its life as a human, dog, or centipede in some celestial realm. When something dies, the potential of that particular pattern of matter and energy—whether we refer to it as a person, plant, or animal—is gone. If we define death as the extinction of an organism, then death is very real. There is no denying that organisms are born and die all over the world, thousands or millions at a time, on small and large levels. This is how our universe has always functioned.

At the same time, however, this is only true on a level of conventional reality. In the same way that we can say “sugar is sweet,” we can also dissect the idea of sugar into its chemical bonds and use it as a reference point on nutritional packaging. In other words, the experience of sugar is much different from the scientific application of knowledge about sugar. Referring to something through external data is only useful for situations that depend upon external, objective data.

Death is not an objective phenomenon for most of us. It is a deeply striking, personal experience that can’t be reduced to observations or data.

With that in mind, what if the idea of death is simply a category error? What if, in our search to contextualize death, we’ve overlooked the most basic realization of all?

Death is necessitated by birth, after all, and both of these acts require an independent, solitary being entering and leaving an exterior world. As we know on a logical level, however, nothing exists in a vacuum. Beings arise and disappear from the Earth in relation to their parents, and the soil that grew their food, and the sunlight that gives this planet a habitable climate. Beings exist in a living continuum, dependent upon infinite factors beyond our comprehension.

We may not see reality this way, but it’s true. Take away parents, food, air, water, so on and so forth (note, also, that these factors also depend upon countless other factors to exist), and a being would not be there at all. It is a series of aggregates more than an entity.

What if the death of the organism is not the death of the being that we cherish? What if birth and death are both equally unreal, on a level of ultimate reality? What existed before your birth, and what remains when you die?

Korean Zen Master Seung Sahn was famous for “attacking” his students with incomprehensible statements about life and death. He would sometimes demand answers for things that seem nonsensical on the surface, such as why students insist on “dragging this corpse around.” What he was trying to point out is the disparity between our true nature and the forms that we perceive to be ours. We claim ownership over things that are only “ours” because they are familiar to us and have become part of our collection over time.

For a quick thought experiment to show where this is going, I’d like to pose two branching questions now:

One, are you aware of reading these words? If so, how? Who or what knows that your eyes and brain are comprehending the information?

And two, what is the next thing you’re going to think of? Can you predict it?

For now, suffice it to say that we take ownership of a great deal of things that are not “us.” We take the ideas, fears, hopes, appearances, and experiences of a particular organism and learn, over time, that they belong to us. We use the words “I” and “you” so much that we identify with them on a one-to-one scale. “You look great today.” “I have a big nose.” “You always say that.” We plant our flags in these things and make them into concrete facts.

But do we really know that any of us own these things?

You can look up some fascinating experiments in which dummy hands, positioned in such a way as to create an illusion of belonging to a participant, are struck with mallets at random. The participants react as though their real hands have been struck. This is a brief yet telling example of the way in which the mind clings to form at any opportunity. Living organisms, through millions of years of evolution, have developed a firm grip on physical bodies for the purpose of survival.

The real question is, who or what is perceiving the thoughts of the body? All day long, we play host to thousands of thoughts, feelings, memories, and opinions, but we never question their origins or their purpose. What if we, in fact, are not our bodies, nor our mental activity? What if we are simply the emptiness, the substratum, that holds consciousness? What if we are the empty, aware space interacting with form, yet remaining formless?

One of the most profound experiences a human being can have is that of “ego death,” or ego dissolution. In moments of total silence, when the mind’s activity slows to a crawl and receives direct attention, we often realize that “we” are not there at all. We are watching, but we are not substantial, not made of anything, not living inside a suit of skin.

This is the force that goes beyond death.

What survives when “you” die

So if we are not the body, and not the mind, then what really persists beyond death? I would hesitate to call it a soul, as a soul has definite properties. We can talk about what a soul is or is not. Many people assume that their soul is wise, or kind, or has preferences. But when we die, and the brain and body shut down, there is no choice, no preference, no characteristics of any kind. Our nature is revealed to be like water. Shapeless, colorless, tasteless. It is simply there.

What occurs in consciousness at the moment of death is anybody’s guess. I would suspect that it is similar to what occurred in consciousness prior to the birth of this body. It is unknowable, forgotten as it occurs. But fundamentally, it is not “death” in the way that we think of death. It may be better called a return. A return to a home we cannot remember.

After death, we might say there is only emptiness. But even emptiness is not “nothingness.” Many materialists assert that after death, there is absolutely nothing, because there is no body or brain to make sense of the world. In one sense, they are correct. The person who existed as John or Jane will not pass on to another world or be reincarnated.

But at the same time, when we mourn the death of people or worry about our own death, we are not truly mourning the loss of the organism and its qualities. We are mourning the “spark” that seemed to be within the person, the spark that remained no matter how old they grew, or how they looked, or where they moved. We mourn the loss of their presence.

And with this in mind, we shouldn’t fear death, for it’s simply the external manifestation of a tremendous internal process.

The true nature of John or Jane, the ever-watchful presence that is aware of its own awareness—the thing reading these words right now within you—cannot die, for it was never born.